"SKY_TOASTER, program for conversion to the TOAST projection"

Sky_toaster v0.0  is an experimental program to convert an equirectangular projection of the sky to the TOAST (Tessellated Octahedral Adaptive Subdivision Transform)  projection and reverse. In addition it can add/use a galactic sky projection or FITS images.  The resulting TOAST projection can be used in the HNSKY planetarium program. The sky_toaster program is available with Delphi source code. 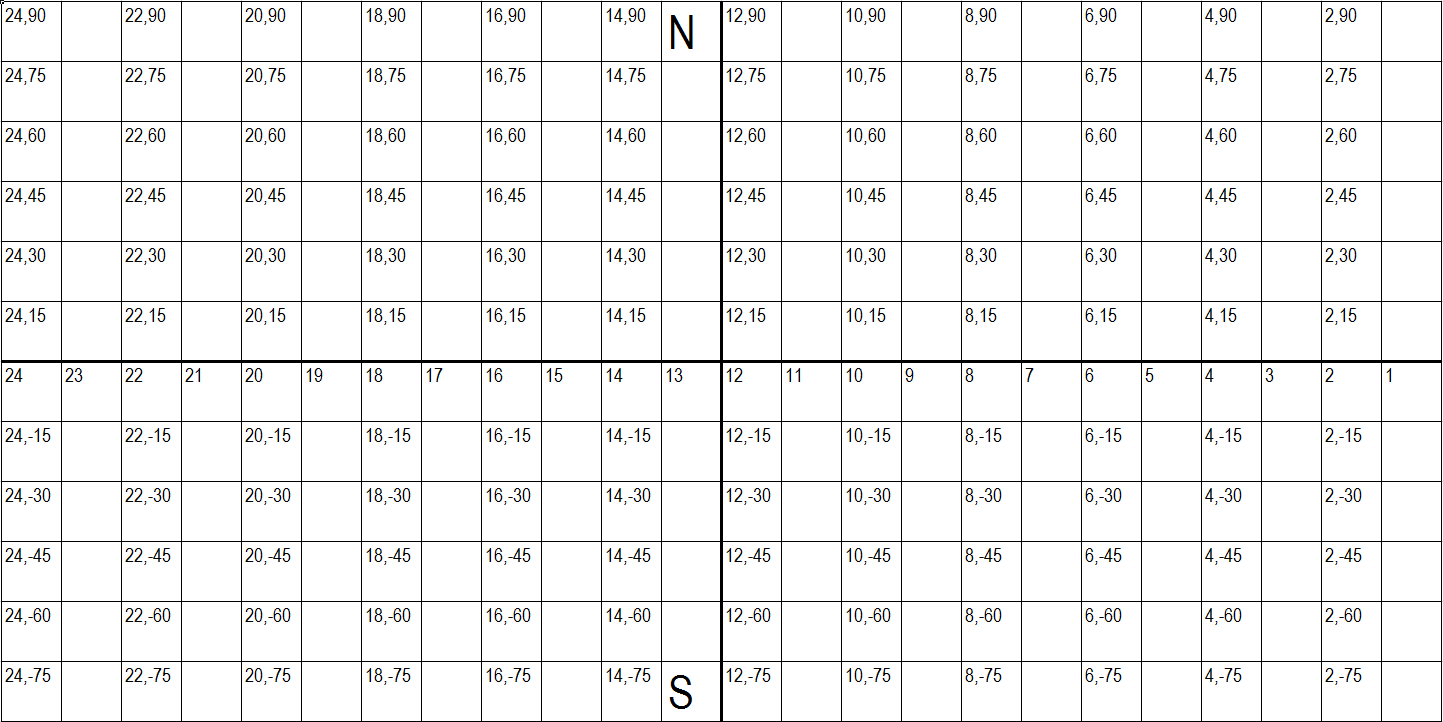 This is the resulting TOAST projection of the sky: 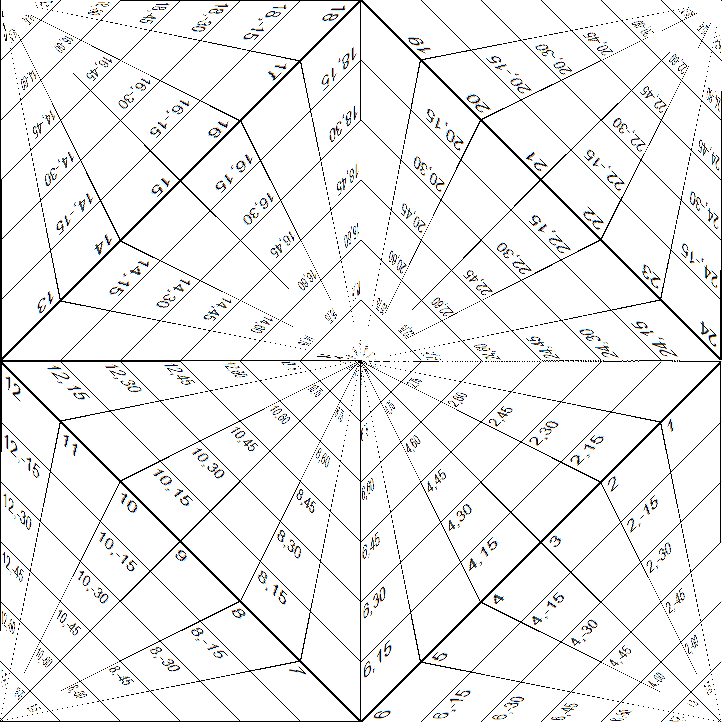 It is a "Simple Stretching" rather then a "Peirce quincuncial" projection. The unusual warping is as follows. The celestial pole is in the center, and south celestial pole is split into four at the corners. In fact, all four corners meet at exactly the same point. The equator follows a square whose corners are the middle of each side. The TOAST projections have the advantage of suffering less distortion than equirectangular projections near to the poles. The de-toasting routine (see source)  uses only "if" statements and multiply/divide math making it reasonable fast. The provided TOAST routine produces linear declination lines. The microsoft TOAST program. curve them to circles near the pole. Others use Schwarz-Christoffel mapping to have locally less distortion for maps by both curving the declination lines near the poles and RAlines near the equator.  The TOAST surface is square and half of the input file.

You can do the same with a NASA visible word map. The north pole is in the middle. The south pole is at the four corners: 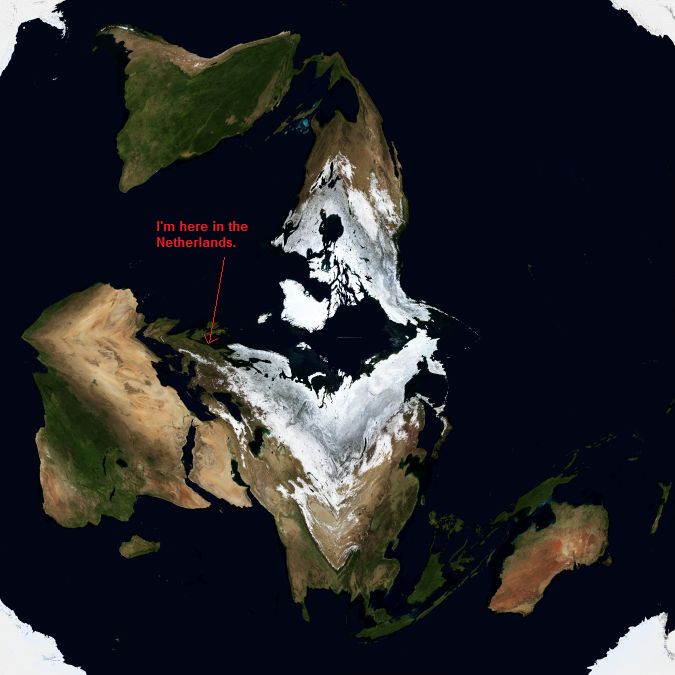 The intension of the SKY_TOASTER was to create an efficient storage medium of a full sky image for use in the HNSKY planetarium program. The image is stored in PNG and used as a pixel database for the plotting routine.  So the final position of each pixel is later recalculated in HNSKY to the selected projection and zoom factor.  This makes the projection in HNSKY slow but flexible.

Since the ESO0932a Milky Way panorama has distortions up to one degrees, in method 2,  between step 2) and 3) warping of the intermediate results was required by comparing the Equirectangular ESO0932a result with and seperate produced astrometric correct Milky Way compiled of several  FITS images in two layers of an drawing program.


Milky Way ESO0932a in equirectangular projection made with the sky_toaster using method 2: 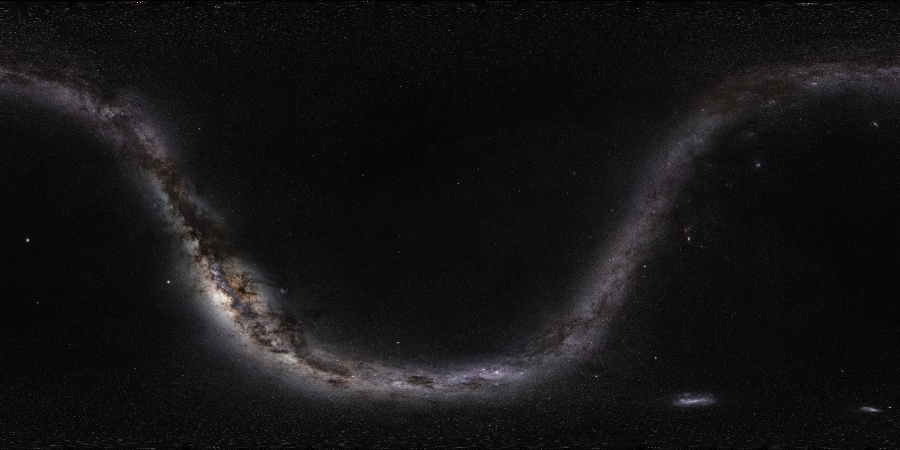 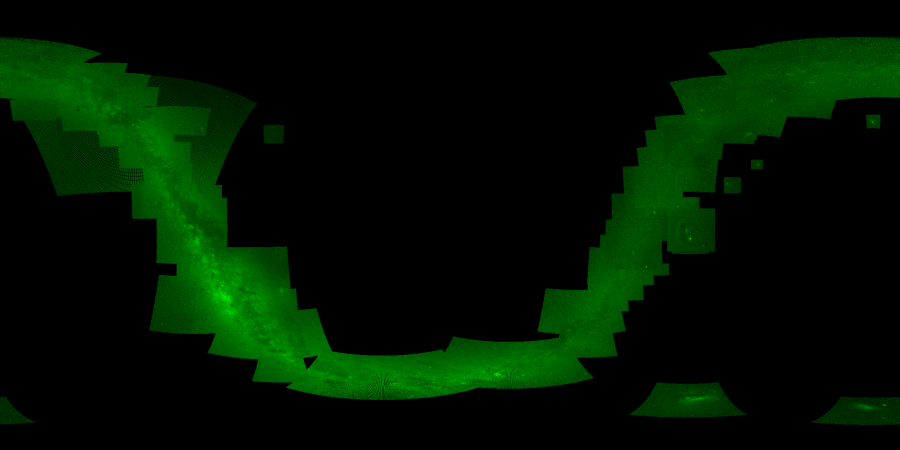 The Milky Way in TOAST projection: 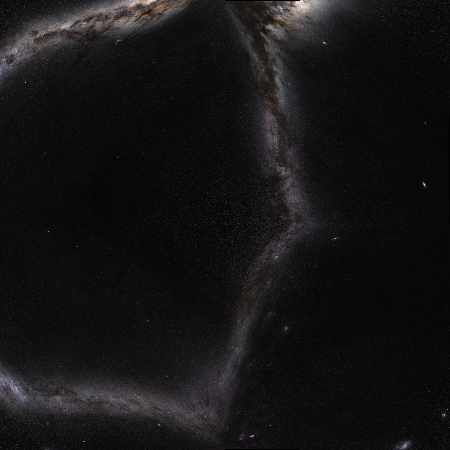 Then the result in the HNSKY planetarium program: 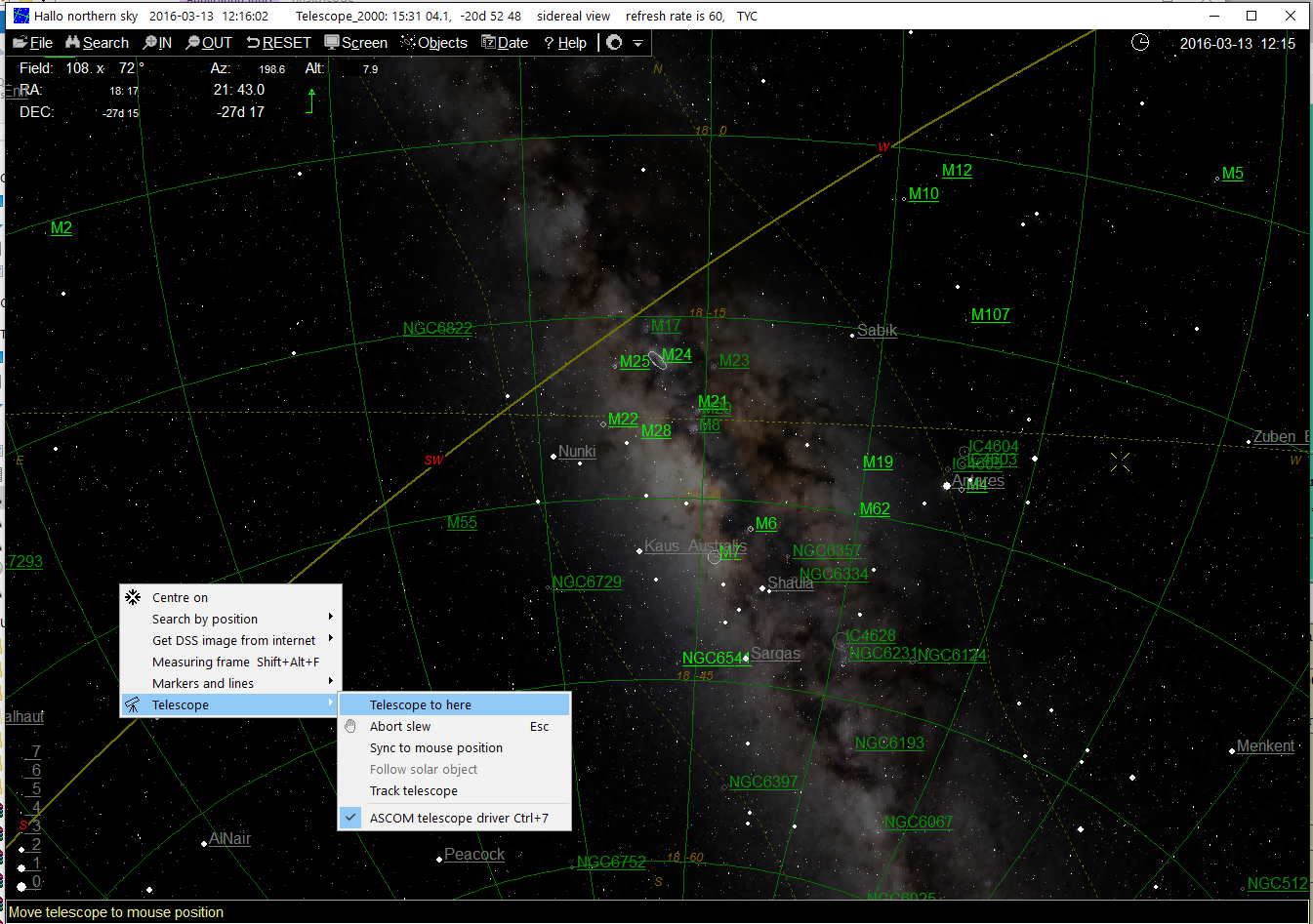 Back to the  Hallo northern sky planetarium software program